Could the bedrock of the smartphone market be moving before our very eyes?

A new report from market research firm Canalys last week suggests that could be the case.

The report revealed that Chinese smartphone maker Xiaomi had surpassed Apple in the second quarter of 2021 to become the world's number two smartphone maker, according to Reuters. The report measures the number of handsets that manufacturers sell to distributors.

It was the first time Xiaomi took the second place spot, with the company getting 17% of worldwide smartphone shipments, up from 3% the previous quarter.

The market for global smartphone shipments was up 12% in the second quarter, with Samsung leading the charge at 19% per share and Apple in third place at 14% per share. Chinese smartphone makers Oppo and Vivo had 10% each. 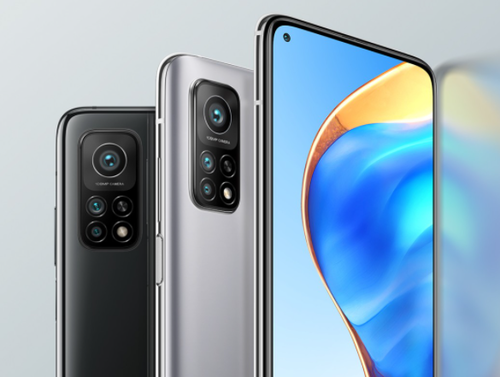 Xiaomi phones are about 40% tp 75% cheaper than its Samsung and Apple rivals, according to Canalys Research Manager Ben Stanton. The company now has its sights on prioritizing its high-end devices.

Shipments for Xiaomi were up 300% in Latin America, 150% in Africa and 50% in Western Europe, according to the report.

Lei Jun, founder and CEO of Xiaomi, called it an "important milestone in Xiaomi's history."

"Notwithstanding the celebrations now, I want to make sure we can maintain our second place steadily and firmly in the future," he wrote in a letter to employees last week.

The company's stock was up about 5% on Friday.

Popular posts from this blog

March 17, 2019
World’s 1st remote brain surgery via 5G network performed in China Published time: 17 Mar, 2019 13:12 ·           A Chinese surgeon has performed the world’s first remote brain surgery using 5G technology, with the patient 3,000km away from the operating doctor. Dr. Ling Zhipei remotely implanted a neurostimulator into his patient’s brain on Saturday, Chinese state-run media  reports . The surgeon manipulated the instruments in the Beijing-based PLAGH hospital from a clinic subsidiary on the southern Hainan island, located 3,000km away. The surgery is said to have lasted three hours and ended successfully. The patient, suffering from Parkinson’s disease, is said to be feeling well after the pioneering operation. The doctor used a computer connected to the next-generation 5G network developed by Chinese tech giant Huawei. The new device enabled a near real-time connection, according to Dr. Ling.  “You barely feel that the patient is 3,000 kilometers away,”  he said.
Read more

March 15, 2021
Beijing Orders Alibaba To Dump Media Assets That Rival China's Propaganda Machine   BY TYLER DURDEN MONDAY, MAR 15, 2021 - 07:30 PM   Beijing is reviving its crackdown on the country's biggest tech firms, reminding the world that the CCP is still focused on neutralizing any and all threats to its control of the Chinese economy and its people. Even after amending China's official ideology to include entrepreneurs among the protected classes represented by the CCP (in addition to workers, farmers and soldiers), Beijing, with President Xi at its center, has apparently decided that Chinese tech firms won't follow the American model after all. Instead, their growth and competitive capabilities will be curtailed for the sake of stability at home. After Tencent was censured and strict new requirements were officailly imposed on Alibaba-owned  Ant Group that will prevent the company from growing , the  Wall Street Journal  reports that next up on Beijing's to-do lis
Read more

From Amazon to Wal-Mart, digital retail is producing more jobs and higher pay

May 30, 2017
From Amazon to Wal-Mart, digital retail is producing more jobs and higher pay Written by Mitchell Schnurman, Business columnist May 30, 2017 Retail trade is one of the biggest job sectors in America, and the vast majority of those workers still clock in at brick-and-mortar stores. But the big growth is coming from e-commerce, which happens to pay a lot better, too. This is a promising development for retail workers who worry about thousands of store closings and the march of automation. E-commerce also offers a potential antidote to years of low productivity growth and income stagnation. “If this new pattern continues, it will raise real wages across the economy and rejuvenate the middle class,” said a report by economist Michael Mandel of the Progressive Policy Institute in Washington. By his definition, e-commerce includes online shopping, mail order and warehousing. That’s a more expansive category than usual and was created to capture the growth in what M
Read more